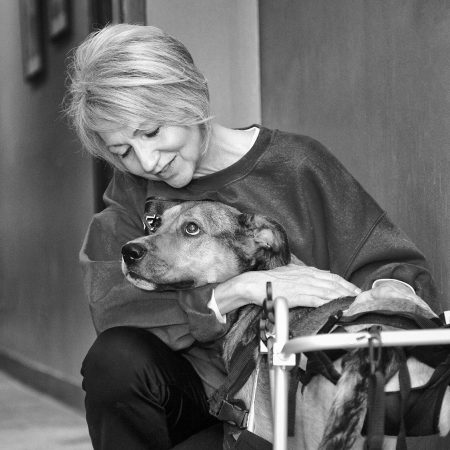 Teresa Johnson is the CEO/Executive Officer and Chief Lifesaving Officer for Kansas City Pet Project in Kansas City, Missouri. After taking over operations of Kansas City's old municipal shelter in 2012, Teresa and her team used their "solutions – not excuses" approach to transform the shelter into a national leader in No Kill animal shelters in the United States by setting a life saving record of 95.7%. Prior to Kansas City Pet Project, the city's animal shelter had been euthanizing up to 70% of the animals in their facility.

Teresa received a Kansas City Influential Business Women Award in 2014 and was named as one of Kansas City's "outstanding female civic and business leaders." She was also the recipient of the first ever Paul Jolly Compassion Award from the Petco Foundation, where Kansas City Pet Project was described as "simply one of the most effective lifesaving organizations in the country."

In 2018, Teresa received the Maddie's Hero Award from Maddie's Fund for her work in advancing the welfare of companion animals in the United States and leading the way with innovative ideas, progressive thinking, and lifesaving actions.

Prior ot her work in animal welfare, Teresa was the vice president of risk management and control for J.P. Morgan Asset Management. She holds a bachelor's degree in finance from the University of Missouri – Columbia. She shares her home with two very spoiled adopted dogs, Oscar and Ernie, and their feline friend Inky.

Want to know what the top-performing shelter directors in the country have to say about the term No Kill? Ryan Clinton moderates this panel with expert voices including Dr. Ellen Jefferson, Kristen Hassen-Auerbach, Rebecca Guinn and Teresa Johnson. Come hear from the people building lifesaving momentum in their communities what this term means for their work.

Adopters Are Out There! Market Your Way Out of Space Crises

How do you engage adopters when you most need them? Learn how adopters can be your biggest lifesavers when your shelter is experiencing space crises.

What does it mean to be foster centric? Learn from the people who have elevated foster care from a sidelines shelter program to a best practice.

Does your team fall apart when difficulties seem insurmountable in times of crisis? Learn from people who have experienced, first-hand, what it means to be leaders of change in difficult municipalities. Shelly Thompson moderates this panel to help you get the insider tips on how to cultivate a team of resilience and how to build strong teams that will rally around you.