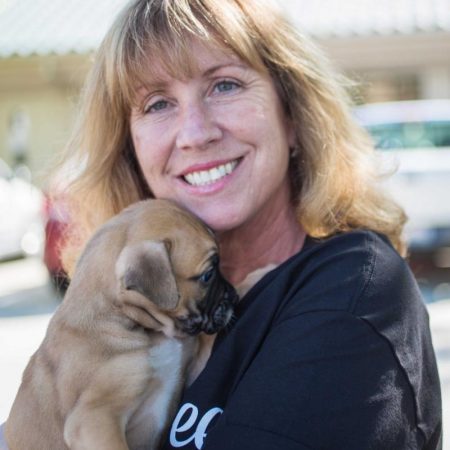 Just 7 years ago Gina was new to the animal industry, Gina transformed what was once the worst-performing shelter in town, to one of incredible lifesaving. Through the development of creative and zany programs, Front Street was rebranded and has flourished under her leadership. Community partnerships and relationships with Sacramento’s residents and businesses have resulted in making Front Street a household name. Serving the city limits of Sacramento, with an animal intake of 12,000 critters per year, the State’s Capitol shelter is now a vibrant hub of activity, energy, and success.

Gina’s motto in life is: try anything once, twice if it feels good, the third time - it’s policy! Gina is married, has a lovely daughter and son-in-law, two dogs, and one cat. Her background includes 311 and 911 management.

Increase Return to Owner Rates in Your Organization

The national average shows us that when animals end up in animal shelters, very few dogs and even fewer cats are returned to their family. How is this possible when pets being reunited with their owners seems to be a cause for celebration for everyone? Gina Knepp offers solutions and insight into how to start innovative, progressive and proactive programs, anywhere.

The national average shows us that when animals end up in animal shelters, only 15-20% of dogs and 2% of cats return home. Come learn from RTO expert Gina Knepp of Found Animals to learn how to increase your organization's RTO and attain a higher return to owner rate through innovative, progressive and proactive programs.